Swiss scientists aim to build a synthetic brain within a decade

The brain would provide insights into how our perceptions of the world are interpreted and stored, and how consciousness arises ! 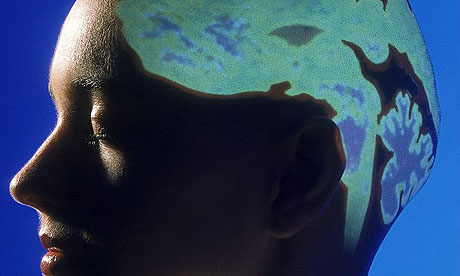 The artificial brain may give scientists a new way to study diseases like Parkinson’s and Alzheimer’s. Photograph: Rex/SunsetThe world’s first synthetic brain could be built within 10 years, giving us an unprecedented insight into the nature of consciousness and our perception of reality.

Scientists working on the Blue Brain Project in Switzerland are the first to attempt to “reverse-engineer” the mammalian brain by recreating the behaviour of billions of neurons in a computer.

Professor Henry Markham, director of the project at the Ecole Polytechnique Fédérale de Lausanne, has already simulated parts of the neocortex, the most ‘modern’ region of the brain, which evolved rapidly in mammals to cope with the demands of parenthood and social situations.

Markham’s team created a 3D simulation of around 10,000 brain cells to mimic the behaviour of the rat neocortex. The way all the cells connect and send signals to each other is just as important as how many there are.

“You need one laptop to do all the calculations for one neuron, so you need ten thousand laptops,” Markham told the TEDGlobal conference in Oxford yesterday. Instead, he uses an IBM Blue Gene supercomputer.

The artificial brain is already revealing some of the inner workings of the most impressive 1.5kg of biological tissue ever to evolve. Show the brain a virtual image and its neurons flicker with electrical activity as the image is processed.

Ultimately, scientists want to use synthetic brains to understand how sensory information from the real world is interpreted and stored, and how consciousness arises. They may also give scientists a new way to study brain disorders and neurodegenerative diseases without having to experiment on animals.

One Response to IBM Computerbrain