Readers of the world 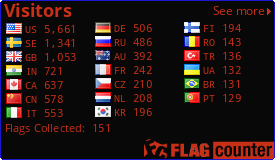 The government is obliged to inform the public about the new digital communication system “telepathy”.

We want this website to create a general awareness and attention that these technologies are developed in many years, including EUROPE.

Do you know someone who is a multimedia online but do not dare talk about it?

It is easy not to be believed for a person who alleges that a paradigm shift in computer-brain integration and multimedia technology is already here.

We are aware that part of the information here may sound like science fiction, but there is already a real reality.

Read more about the future under the various tabs!

There could be conflict between the personal freedom to use one‘s economic resources to get an implant that will enhance one‘s physical capabilities and what society at large considers desirable or ethically acceptable.“

How threatening for mankind is an Artificial Brain ?

First let me state that at this moment the biggest threat for mankind is the human specie ! ABC-weapons in wrong hands can result in extreme damaging behavior.

25-04-2010. MINDTECH seeks to establish a network of laymen and media. This group will be dealing with the social and ethical sides to research, development and the implementation of emerging technologies in our society.

Meanwhile, philosophers working alongside the researchers say it’s time to find out more about how the public feels about such bionic research, which in some cases is being used to enhance human memory, physical abilities and perception.“

The natural conclusion is that the perpetrators have something to gain by doing this to us. We are victims of experimentation done on humans without consent. Two areas of research are Artificial Intelligence and Non-Lethal Weapons.

It is inevitable. In the near future, someone will decide to record every moment of a human life from birth to death in digital storage. This will be more than an extreme reality TV stunt. It will mark the era of personal memory offloading, an adaptive memory technology that records and indexes every single moment of your life. Offloading personal memory begins with a personal memory device, or a PMD. The basic PMD would be no more complex than a nano chip implant in the brain that captures your every experience. A PMD could be easily fitted shortly after birth; the least invasive option would be like a Bluetooth headset worn over the ear connected wirelessly to a local device no larger than a cell phone. Once installed, the PMD would capture and upload all first-person memories to a centralized database for indexing, search, and recall.

Would the PMD remember where you parked? Always. Will it warn you when you are about to walk away and leave your hat and sunglasses on the bench behind you? Totally. Will it send you birthday reminders, schedule your meetings, remind you to pick up your dry-cleaning and let you program your DVR with voice commands? Yes. Will it find your car keys and remote control for you? Maybe. Will it record your innermost thoughts? Probably not. It won’t always be perfect, but it will greatly extend your normal range of memory, and over time it will become like an indispensable part of your brain.

External data is easy to record and index, but internal memory such as feelings, thoughts, ideas, and dreams present some engineering challenges. The PMD could be fitted with an invasive brain implant to extend functionality, but to keep things simple, let’s consider some cheap, non-invasive solutions. Biometric data such as temperature, galvanic skin response, brainwave activity, pulse, respiration rates, and perspiration levels can monitor mood, arousal, activity levels, and so on. This biometric data, no matter how spotty, can be used to generate a dynamic emotional profile for any individual as they move through their day. Speech and behavioral analysis can also track levels of focus and activity to indicate mood and engagement in reality. Facial gestures and voice pitch can be tracked to sense subtle emotional reactions to stimulus. There could be a service that monitors your diet and daily routines to see if you are acting in healthy or unhealthy ways. If environmental data capture is complete, filling in emotional data from biometric analysis would be a simple software task.

With your PMD you would be able to say, “Remember the time I did (activity) with (person) at (location)?” and your PMD would search your memory database and stream the audio, video, and emotional rendering of the experience to your cell phone. Or you could ask, “Remember that book I read on chimpanzees? Who was the author?” Multiple memories may fit your query and be returned as a basic search list with text, video, and audio links. Similar memories with substituted variables might be offered up as tangents. Your request may provide you with “links” to other activities at that same location or to other books you have read by the same author. Beyond that, you could watch yourself relive important memories, or if friends and family members had similar devices, you could share personal events and watch group memories through multiple perspectives. Human memory integrity need no longer rely on lossy neural compression and the unreliable he-said/she-said narratives that compose written history. It would all be a matter of public record stored in time-stamped relational database tables for all of history. At the very least, it may save a few arguments between married couples.

The PMD sounds like science fiction, but the technology for creating it exists today. It could be an iPhone app. The engineering hurdles would be the physical disk space and CPU cycles needed for daily storage, compression, and indexing of video and audio data for every person with a PMD. Let’s assume storage and CPU cycles are solvable problems and that indexing and compression of video and speech data will only get better and faster over time. So pretty soon, for a moderate monthly fee, you could get a PMD system bundled with your cable, cell-phone, or internet bill. With a pocket or desktop unit, your daily memory will be locally stored and indexed. The relevant data points would then be uploaded to a central server for global storage and cross-indexing with other personal memories and digital records over the course of your lifetime. Like a Tivo, your PMD would be able to predict which memories you want to save, which memories your friends and family will like, and which memories are private, redundant, or expendable. It would be easy to customize these features for each individual, making indexing personal memory an intuitive task that would involve automatically setting user preferences based on daily routines; mirroring actual learning and memory networking in the brain.

One Response to Brain Implants for MIND CONTROL // Minduploading