FDA approves microchip implant in a pill: Can brain implants be far behind?

FDA approves microchip implant in a pill: Can brain implants be far behind?

An August 2, 2012 article at Alex Jones’ website, InfoWars.com, warns that Big Pharma is already working on the technology for microchip brain implants. At the same time, CNNMoney.com reports that the FDA has just granted approval for the first “ingestible sensor”, a microchip inside a pill. So it looks like Jones has been right all along. Prepare yourself. You’re about to be “chipped”.

The InfoWars.com article, “They Really Do Want To Implant Microchips Into Your Brain”, warns readers:

“They (Big Pharma) are pumping millions of dollars into researching ‘cutting edge’ technologies that will enable implantable microchips to greatly ‘enhance’ our health and our lives.”

Of course, the tremendous benefits of these implants will far outweigh the risks, at least in the eyes of the common man, and once these microchips are introduced, everyone will be begging to be implanted.

“Initially, brain implants will be marketed as ‘revolutionary breakthroughs’ that can cure chronic diseases and that can enable the disabled to live normal lives.”

“Just imagine the hype that will surround these implants when people discover that you can get rid of your extra weight in a matter of days or that you can download an entire college course into your memory in just a matter of hours. The possibilities for this kind of technology are endless, and it is just a matter of time before having microchips implanted into your brain is considered to be quite common.”

It all sounds like fodder for a good science fiction novel until you take a look at the headlines over at CNNMoney.com: “‘Digital pill’ with chip inside gets FDA green light.”

“Proteus Digital Health scored a big victory this week when the U.S. Food and Drug Administration granted approval for the company’s ‘ingestible sensor’ invention. The 1 square millimeter device, roughly the size of a grain of sand, can relay information about your insides to you, and if you choose, to your doctor or nurse.”

Already, Proteus is hyping the benefits of their ingestible microchip. According to Andrew Thompson, the CEO and cofounder of Proteus, the microchip will be a huge boon for those who forget to take medications or need to monitor an ongoing medical condition. The chip simply resides inside your body and transmits signals, wherever you want those signals to go.

The tiny microchip, encased in a pill, is first taken with your regular medication, just like you’d take any other pill. Then, it transmits information through your skin to a stick-on patch. The patch, in turn, will transmit data to a mobile phone application or any other device you authorize, including a monitoring device in your doctor’s office.

Obviously, we can all see a wide variety of health benefits, and according to Alex Jones, that’s exactly what Big Pharma is counting on and the potential for abuse is alarming. Consider: 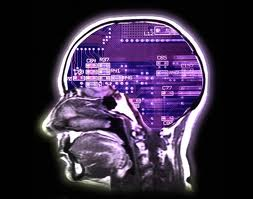 “If you could download thoughts and feelings directly into the brains of your citizens, you could achieve total control and never have to worry that they would turn on you.”

“This kind of technology has the potential to be one of the greatest threats to liberty and freedom in the history of mankind.”

It’s no secret that Big Pharma, and the US government have close ties. In a May 20 interview, Jonathan Emord, author of “The Rise of Tyranny”, has this to say about Big Pharma and the FDA:

“The FDA is dominated by political managers – not scientists or docs – people who’ve made their career in government based on their ability to protect the interests that control this government.

“The process for FDA drug approval costs the sponsor an estimated $1 billion from the initial development of the drug through the final approval. And that’s a low-ball estimate which doesn’t include the payouts for lobbyists, campaign contributions, and salaries paid to retired FDA officials who get hired by the pharmaceutical companies after they leave office.”

Talking about microchips like they’re “the Mark of the Beast” might lead you to click away, thinking that this is just another anti-government, conspiracy theorist’s hyped up version of dystopia. But, remember who’s running the show, here.

The FDA and Big Pharma control every aspect of your health. They tell your physician what drugs he’s allowed to prescribe, and even if there’s an experimental drug that will instantly cure cancer they won’t approve it unless the manufacturer can pay the $1 million plus it takes to pay off all the racketeers.

Now, knowing all of this, are you going to buy into the hype that a microchip implanted somewhere in your body is only for your own benefit? Do you really believe the FDA, Big Pharma and Big Government are just going to ignore the potential for profit and abuse?